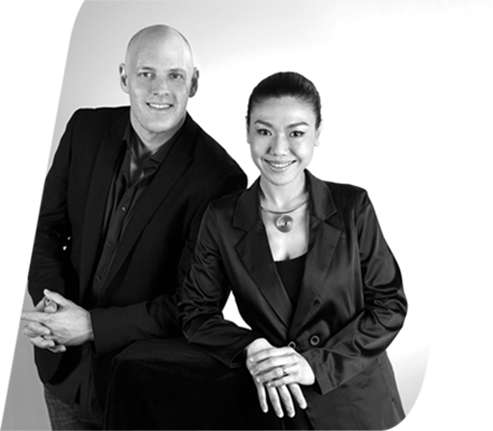 Co-founder Andres Sidler, has been sport man his entire life. He was a world skateboarding champion in 1991. After over 35 years of martial arts training, he became a Shihan 6 Dan in martial arts. He also owns the Thai Orchid restaurant, a famous and successful restaurant in Switzerland. He likes to drink coconut water after his exercise. His dream is to bring the healthy, natural benefits of coconut water to consumers all over the world.

Siriwan Pattachote has a background as a creative director for a brand building agency. Her talents have enabled her to create a lot of distinctive brands in Thailand. She had a dream to create a brand of her own.

In 2007, the two founding entities, Siriwan Pattachote and Andres Sidler, joined with the idea of bring premium quality products from Thailand to the Swiss market.

In 2014, they decided to come up with an idea to produce coconut water under their own brand, Cocofit.

They have a strong commitment to developing high standards healthy, natural food and beverages for consumer. Keep going….go for it – Cocofit.